A new era for safety in the South 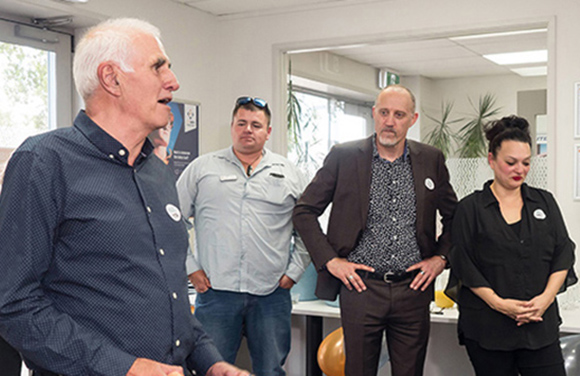 The opening on December 5 of the new Site Safe training rooms in Dunedin shows the organisation’s commitment to the region.

Board chair, Southland’s Peter Jackson, has a deep affinity for the broader region and has been involved with Site Safe through much of its 20-year history, firstly via his business as a plumber and in later years as a board member and chairperson.

“We’ve come a long way in that time and now we have a quality base with dedicated training rooms that really shows our commitment to the southern region.”

Mr Jackson says after a relatively quiet period in terms of construction, Dunedin has plenty of work on the way.

“The outlook is good and now that things look like they’re going to ramp up it’s important  that Site Safe has a strong regional presence to support our members and the broader construction sector.”

Chief executive Brett Murray says the building at 21 Cumberland is a great facility for Dunedin and for Site Safe.

“It’s great to be able to build on what we’ve already done and it’s great we now have a permanent, customised home base.”

The training premises are in the heart of the city and  replace the Bridgman St site in Kensington. There are two fully kitted-out training rooms for the Site Safe courses that range from basic construction site safety to in-depth health and safety management.

The organisation marks its 20th anniversary this year and Mr Murray says it is now training over 70,000 workers a year at all levels of the construction sector.

“We work in a tough industry that has a high level of risk in the activities it carries out. We need to keep working hard to ensure it is as safe as it can be for our people.

“Site Safe’s primary role is to provide businesses with high quality services and resources that support them to manage their risks better, whether for workers, the public or the environment.”

Dave McBeth, Site’s Safe Southern Regional Manager, says it was vital to boost the facilities in the city to keep up with the demand for courses.

“This reflects the interest in companies keeping their staff qualified in a number of areas, from our site training through to developing health and safety leaders that can look after their teams and build safety cultures through their organisations.”

Dunedin and Oamaru Site Safe trainer Dave Furzeman has been with Site Safe for four years but has been working on the health and safety side of things for nearly two decades.

He says the Health and Safety at Work Act 2015 puts responsibility for safety on all levels of every organisation and the new premises will help deliver quality training in comfortable surroundings.

“We think the new training rooms will be a great facility for training in Dunedin and it’ll help get our message out there that we’re proud to be safe.”

The previous week there was a watea or blessing by Anglican Minister The Reverend Maureen Cribb and Ngai Tahu kaumatua Wendi Raumati. 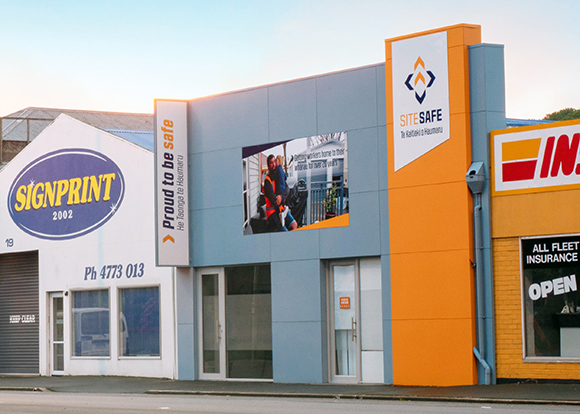 The new Site Safe premises at 21 Cumberland St gives access to training in the heart of Dunedin. 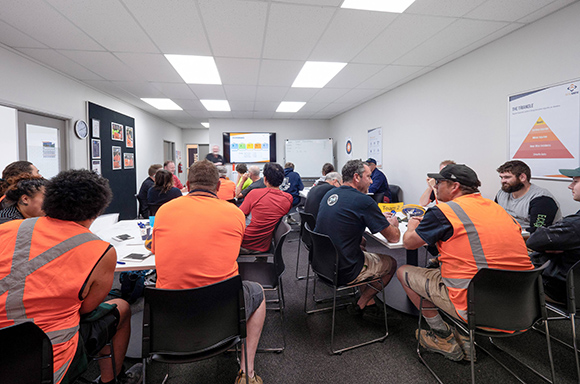