A usefully technical take on safety 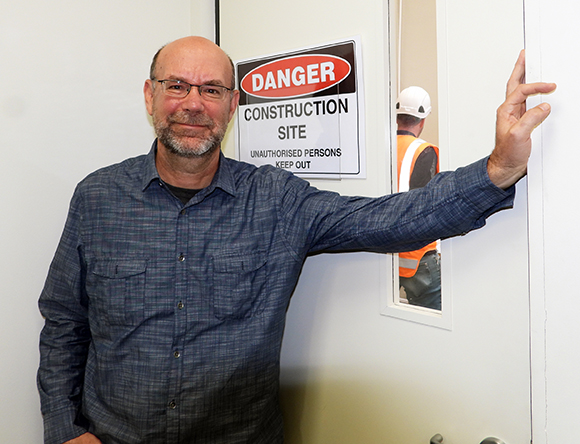 Blake Kyle has been at the cutting edge of three great trends in New Zealand over the past 20 years.

First up has been showing all the positive benefits that health and safety can bring to the construction sector, other than just simply avoiding the wrath of regulatory bodies.

The second was using modern communications technology to base himself in Columbus Ohio with his three kids and Kiwi wife Penny. While other people were working from home because the cat was sick, Blake spent 10 years developing high level courses and documents for Site Safe 13,000 km away.

The last big development was seeing the birth of the craft beer market in New Zealand. As a keen home brewer, Blake’s seen the country go from a land of frothy, tasteless stuff, to the glorious taste sensation that is the Kiwi beer culture.

Blake officially finished at Site Safe’s as its research and technical advisor in December and is back in Columbus Ohio with his family. He says he’s looking forward to a slight break from work as he’s spent 35 years in health and safety.

It wasn’t his original career choice, however.

He studied industrial engineering in Ohio and graduated in 1985 when the economy in the US wasn’t flash, and engineers weren’t in great demand.

So he signed up with Aetna Insurance and became a health and safety consultant for the company’s clients. He looked at who were good and bad risks to insure and helped them improve their safety practices, with a side specialisation in the construction sector. 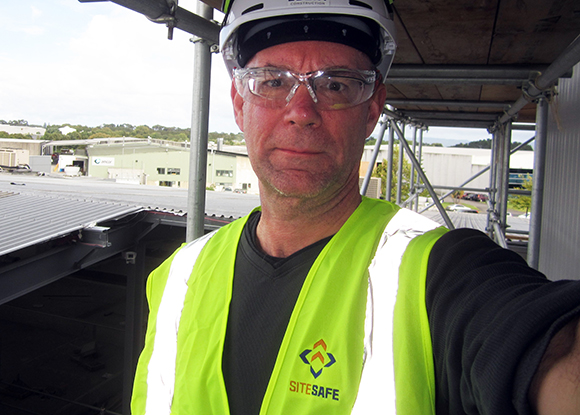 Blake trained as an engineer but moved into health and safety and worked for Aetna in the US before joining Site Safe in 2000.

He ended up looking after a big area based in Washington DC before some friends set him up on a blind date with a Christchurch girl called Penny who was doing her OE. It all turned out pretty good as there was love, marriage and three pretty clever kids.

They decided to move to Christchurch as that was Penny’s hometown, but Blake faced the issue of getting a job.

“When I got to New Zealand in 2000, health and safety was almost a dirty word, with some exceptions.”

The most common attitude from many companies, he says, was what was the minimum they could do to get away with not being prosecuted.

Luckily for him Site Safe had been formed to bring down the rising numbers of deaths and injuries in the sector.

He says the large contractors such as Fletchers and Mainzeal were hiring sub-contractors and wanted Site Safe to provide the subbies with an induction that provided a basic level of understanding of site safety.

This led to the Passport system of training and Blake went to a meeting to hear about it. He ended up getting hired as a trainer.

At the time Site Safe had three employees –  the chief executive Iris Clanachan, James Mead, who was a research analyst, and an office lady who was run off her feet as the demand for training quickly outgrew what they had been expecting.

“Our first Passport course was based mainly on Fletcher’s training programmes and we took it around the country.” (Another early trainer that was hired near the same time was Andrew Confait, now Site Safe’s manager for customer strategy and support.)

Blake then developed the supervisor course, which took safety training in New Zealand to another level.

“There were other supervisor courses around but they spent two days talking about scaffolds and trenches and ladders and other technical stuff. But when we put our supervisor course together it was about all the benefits of health and safety to a business – the benefits in terms of planning, behaviour modification, root cause analysis.

“I think to this day our supervisor’s course is one of our most important courses.

“People did the Passport course because they had to, but word got out that the supervisor course was something new.”

His background in behavioural safety was then put to use in making that a central part of Site Safe’s training and to show the benefits of building health and safety into the heart of a firm.

“In New Zealand it really opened people’s eyes to this idea of motivation and drive.”

The problem, he says, is that people were being put under pressure to get the job done, even if it meant taking shortcuts and risks. Sometimes this pressure came from bosses, but sometimes it came from their workmates.

In fact, Blake reckons this kind of behaviour is bullying, as he wrote in a Build magazine article in 2013.

“People talk about bullying as if it’s something you do to someone who’s a different race, or as a put-down. I think bullying includes forcing someone to take a risk because you want them to get the job done quicker, even if you and they both know it’s not safe.

“For instance, because you, as a manager, didn’t do the right planning, or you didn’t give workers the right gear or you underestimated the time it was going to take, you’re now putting a person in a situation where they’ve got to risk their body or their life to get a job done. To me that’s bullying.”

In fact, says Blake, using health and safety as a management tool has so many bottom-line benefits that it’s crazy not to use it to increase production.

“Or show me a worker with the wrong tool that’s getting a higher level of quality.

“The behavioural side of health and safety is that if I look after my staff, if I treat them with respect, if I listen to them and don’t ask them to put their lives on the line, they’re going to have job satisfaction and they’re going to give me extra effort.

“If people feel respected, they will want to do a good job for you.

“And the company will have fewer safety incidents, their reputation is better, they can get more work …

But Blake says there are still attitudes about safety that he just sees as wrongheaded.

“I think my greatest disappointment is that we still haven’t convinced a lot of owners and executives about these wide-ranging benefits.

“Many still see health and safety as purely a cost to their business and they do things because the law says they have to. They don’t see the discretionary effort, the enhanced reputation, improved productivity and a focus on quality.

Another thing that bugs him is that many organisations measure their success in regards to health and safety simply by their accident stats.

“This is somewhat controversial,” he admits. “But many people strive for zero harm, when what we teach is to measure the things that are going right.”

He says organisations need to measure lead indicators like the number of safety plans and safety training and the number of safety activities that the leadership team is involved in. “Measure those things and recognise the people who are doing well. Don’t rely on lost-time incidents because you may have just been lucky to not have any for a while.”

But making a cultural change takes time across an industry.

“I don’t think it will be five or 10 years before some people change their minds about the benefits of health and safety, it will need generational change.”

Though sooner would be better for New Zealand’s workers.

“One of the hardest things I’ve had to do in my job is to go to the spinal unit at Burwood Hospital. I talked to people there who have been injured on construction sites and asked them if they would be willing to put their story on video for Site Safe to use to get workers to look after themselves.

“Going to the hospital and meetings these guys [Max Richards, Rhett Brown, Chris Ngatai] laying in bed or in a wheelchair, lives changed forever … they were extremely willing to do that so people don’t end up in their situation.”

But Blake says there’s been plenty of positive changes in the industry and its attitudes over the years.

“In the last few weeks we’ve gone around the country meeting with industry leaders and practitioners asking them what they want from Site Safe and from our foundational training.

“What they told us is they want us to continue focusing on behavioural training. They rely on Site Safe to motivate staff to follow the rules.  That was very reassuring to me.”

As for life after 20 years of Site Safe, Blake says he and wife Penny are downsizing in Ohio now their three children are working or at university over there.

They plan to spend some time in Christchurch to be close to her parents, and time in Ohio to be near the kids and his family.

There will be a bit of contract safety work, but also golf to be played, fish to be chased and trails to be walked. And of course beer to be brewed. And tasted.

“One of my greatest achievements at Site Safe happened several years ago.

"Our Christmas do was held at Mac’s Brewery and they’d organised a staff-wide blind beer tasting competition where the challenge was to identify beers by taste, aroma and colour alone.

“Many Kiwis fancy themselves as beer connoisseurs and were shocked when the Yank took first prize!" 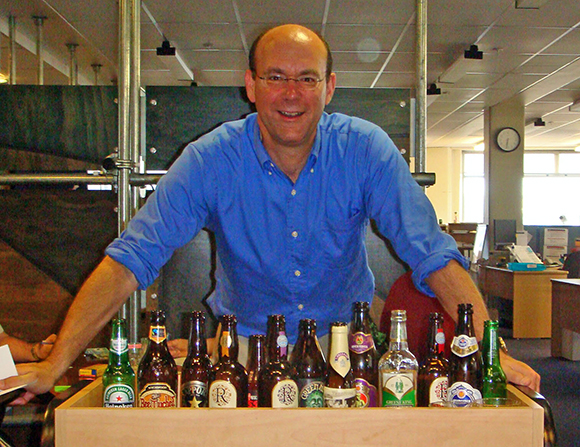 Do not challenge Blake Kyle to a beer challenge taste-test - he WILL beat you.