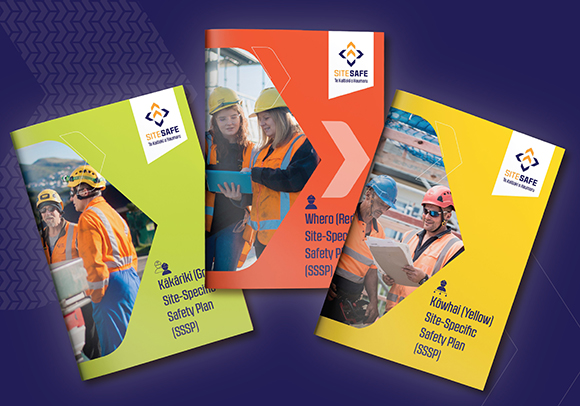 The revamped Site-Specific Safety Plan system from Site Safe is available for free download by anybody who needs to safely manage complex building sites, from main contractors through to subbies and residential builders.

A key part of the revamp, says Site Safe’s Development Manager Mark Leath, has been to split it into three different types for the different levels of PCBUs (a person conducting a business or undertaking).

The original SSSP was developed to help large, mainly vertical construction companies, manage employees, subcontractors and anyone else involved in a site-specific project and was a one-size-fits-all deal.

A SSSP is an agreement between businesses working on a specific site that determines how health and safety will be managed. When used correctly, it ensures that relevant site information is regularly updated and safety is monitored, and will help all businesses involved comply with New Zealand's Health and Safety at Work Act (2015).

After working closely with seven large firms and many subcontractors, the SSSP has been divided into three distinct, colour-coded packs that match a company’s role in a project.

The packs are the Whero [red], Kākāriki [green], or Kowhai [yellow] packs which are available here.

Each type of SSSP also has an explanatory guide that’s available for free download. [Site Safe also runs  SSSP courses which looks at hazard management and offer assistance in filling out the forms.]

Mark Leath says the review of the SSSP has been driven by industry with Site Safe facilitating the process.

“We have done a launch with the Vertical Leaders Health And Safety Practitioners Group which Site Safe’s Andrew Confait runs.

“That got a resounding level of support from the group and I was impressed and really grateful for the amount of support we got from them for it.”

Because it is such an industry-based product, he says the decision was made early on to not charge for the packs.

“We are a not-for-profit and we work with, and support the industry,” he says.

“We are committed to promoting a culture of health and safety in the construction industry, so our SSSP packs are free to download.”

One of the people working on  the review has been Hayley Barns of Wellington’s Mesh Coatings which specialises in plastering, flooring and waterproofing.

Currently the manager of the membranes division of the company, Hayley is a quantity surveyor and has practical hands-on health and safety experience. She has been in the industry for more than 20 years in numerous roles working for both sub-contractors and main contractors such as Eberts and Mainzeal.

She says having more specialised and simplified SSSPs is better for smaller firms and the SSSP helps them understand what the main contractor wants documented.

“A lot of sub-contractors are smaller family businesses - they can be running quite a large operation but they don’t have the admin support and the capacity to do all the paperwork that’s required of them,” Hayley says. 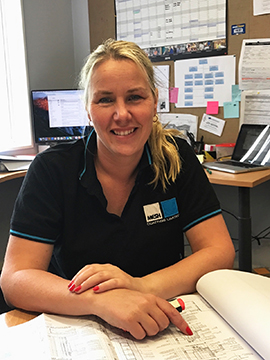 “So my goal was to help come up with something that people would use and not feel like it’s an arse-covering exercise!"

Site Safe product developer Mark Walklin says the level of user-friendliness is one of the main things contractors say they like about the new system.

It also helps that it takes into consideration work done in the SiteWise prequalification system. Anyone who achieves the SiteWise Green grading will find completing the kākāriki/green SSSP pack easier, he says.

“They’ll already have a lot of the necessary documentation together so they’ll only need to fill out another four or five things. Which is a lot better than filling out 18 forms!”

He says where a main contractor expects a subcontractor to adhere directly to the main contractor’s site safety plan rather than supply an in-depth one of their own, the MC can opt to indicate this using the new Job Registration form by indicating that the kākāriki [green] SSSP is all that is required.

This pack has an abbreviated agreement form and the focus is on recording critical hazards or risks, hazardous products and substances and worker competencies.

Depending on the SC’s activities onsite, the MC may request additional information to round the SSSP out further.

“One of the biggest things that came out of a survey we did with users last year was having a system that was simple to use and which had clearer guidance for main contractors,” Mark Leath says.

“About the only really new form for them is the job registration form which the main contractor completes and hands to their sub-contractors.

“What it does for the subbie is it tells them about the site that they’ve going to be coming onto and the things that the main contractor wants to know about.”

Mark Walklin says people that haven’t used a SSSP before will probably be pleasantly surprised by some of the benefits which don’t just relate to safety and compliance.

“A SSSP is hugely useful in the planning of a job,” he says.

“They help people be aware of problems before they even start because writing everything down guides them through the thinking process. “

More information and links to the new forms are here.