Outgoing board member impressed with results 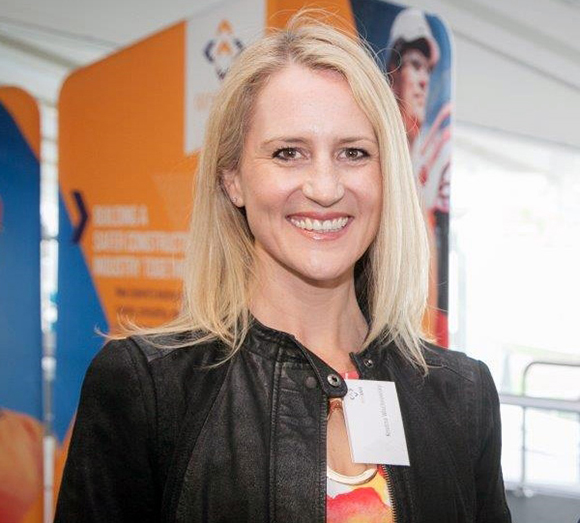 Kristina Wischnowsky, who has stepped down from the Site Safe Board after two years.

Kristina Wischnowsky knows a thing or two about health and safety and that’s why she thinks Site Safe has become such an important part of the construction landscape in New Zealand.

Formerly a member of the Canterbury Rebuild Safety Charter, and an HR practitioner for 15 years before that, the outgoing board member has a keen focus on people and keeping them out of harm’s way.

“Site Safe has played a really important role for the last 20 years.”

In fact, she says the organisation has become such an integral part of the sector that sometimes what it does, and what it has achieved, gets taken for granted by the industry.

“This is an incredible organisation that brings a lot of value to the construction industry through the work that it does.

“All the work that the people within Site Safe do, and the passion that they bring to the job, really needs to be acknowledged.”

Kristina says the health and safety sector has gone through a significant transformation in recent years, even in the last two she has been on the board.

“Part of that’s the change in legislation, but I just think there’s been a step-up in commitment to keeping people safe across NZ.

“People understand their responsibilities and they’re taking them seriously and it’s been really great to be a part of that and see it happen.”

It’s quite similar to her time on the Canterbury Rebuilt Safety Charter.

“I was on that project from 2013 to 2017 which was mostly about ensuring the small guys knew what to do to keep people safe.

“We managed to make it through the significant construction project of the Christchurch rebuild without anyone being killed. That was a great outcome!”

As for being a member of Site Safe’s board Kristina says it has been a quality team to work with.

“While the board is largely made up of elected volunteers, the calibre of people that donate their time to govern the business is just phenomenal.

“It  includes representatives from small business, union and people who run some of New Zealand’s largest construction companies.”

She says a highlight for her was being part of the strategic review of Site Safe.

“We were able to use that to get clear on our vision for Site Safe. We’re still going through a strategic planning process now, that will see Site Safe move to a new level.

“My personal strength is to help organisations get clear about what they want to achieve. Once we know what we want, we make sure everyone understands it to get the whole team on board and then you go for it.”

“He’s only been with the organisation a relatively short time but already he’s made a significant, positive impact.”

She says her decision to step down from the board from the AGM in September coincides with her doing less work within the construction sector.

“I felt it would be better if someone from construction took that seat.”

She will continue with her own business The Transformation Corporation focused on being a consultant and coach for change management.

She also has another role as a yoga teacher that she plans to continue with. She says it’s a role that has proved useful in her business life, and her time on the Site Safe board.

“There’s a whole lot of mindfulness that goes with being a yoga practitioner, taking individual responsibility, guiding people to higher performance, getting clear on what it is you want and then going for it.

“These are essential skills for success in today’s business world.

“As a board member I remind others, ‘we can do whatever we want, the only limitation is us.

“I don’t like getting too caught up in the constraints and limitations. For me it is more important to get clear on what we want and then to overcome the limitations. It’s quite a yogic thing!”