Get Ahead with Our Maori and Pasifika Scholarships 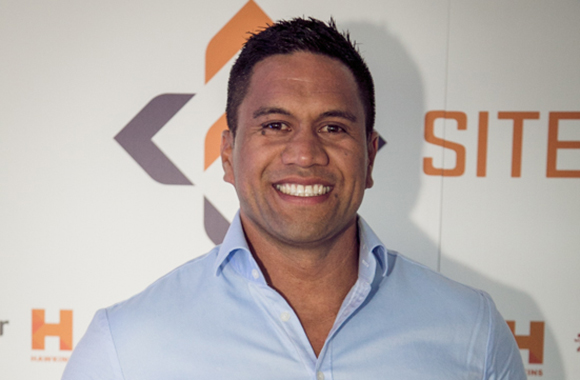 A new job and a bold attitude to leadership are just some of the things Site Safe scholarship recipient Stainton Wanoa has gained from his award.

The 2014-2015 Maori category winner says the free training awarded by Site Safe as part of his scholarship has opened doors to a new career path, including landing him a job at Scarbro Construction as Services and Façade Manager.

Stainton was employed as a Site Manager with Naylor Love when he was awarded the scholarship, which entitled him to complimentary training at Site Safe.

He has since completed his Certificate in Construction Site Safety, a qualification which he says helped him score his new job.

“The company I’m with now saw that, and I didn’t even have to have an interview. They were a new company to Wellington and they needed someone that knew the place and had a health and safety background.”

The only employee to hold a Certificate-level qualification, Stainton looks after the company’s health and safety in Wellington, and has been shoulder-tapped to apply for the national role at head office in Auckland.

As Services and Façade Manager, he is now responsible for ensuring the smooth installation of electrical, plumbing, drainage and mechanical equipment on a 14-storey build.

A keen believer in the ethos that people, not projects should come first, Stainton says the Site Safe training helped him adopt a bolder attitude to leadership in health and safety.

“It’s owning it, really. For me, it’s about if I see something, say if I walk past it, to speak up and not be scared - it’s all about leadership and taking responsibility.

“Sometimes people are in the zone and they just do stuff without thinking. That for me was the kicker; that was what stayed with me, that even if I think it’s right, I should still question it.”

Having witnessed several major accidents as an apprentice, Stainton says he has always had a strong focus on health and safety.

“That’s the real driver, taking care of people. I’m a little bit different in that I’m all about the people, rather than the project.”

And with experience as a rugby captain, taking on a leadership role was something that came naturally.

As well as being “pretty chuffed” at receiving the scholarship - and being flown up to Auckland to attend the graduation ceremony - it had been a big boost for the team at Naylor Love in Wellington, who had never before had an employee recognised with a scholarship.

For now, Stainton says he is weighing up his next challenge and considering stepping up to the role in Auckland.

This year’s Site Safe Scholarships are now open to both members and non-members. The five categories for entry are: Maori, Pasifika, Under 25, Open and Women in Construction. For more information, see the scholarship page. Entries close September 1.