When tough is just too damn rough 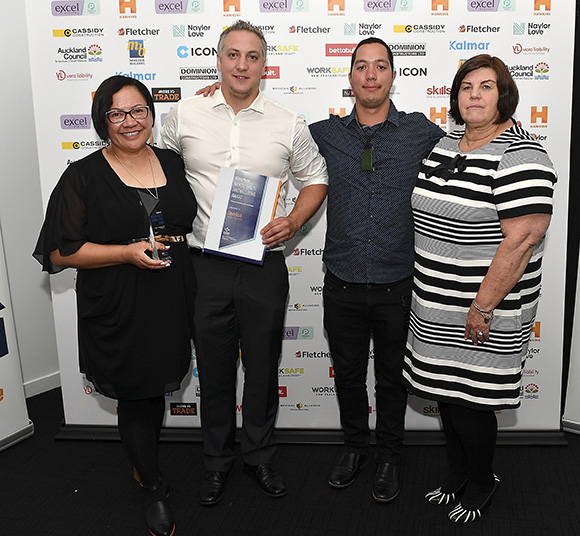 Team Cabling’s Dave Burt says the construction sector has to change its definition of what “tough “is.

One of the three winners of Site Safe’s first Mental Health and Wellbeing Award, Burt says the sector loses six times as many people to suicide as it does to workplace accidents.

“With the right tools and training I believe we can re-define what ‘tough’ is in an industry that still has a culture of ‘harden up’ at its core.”

In an acceptance speech read out by Team Cabling’s Steve Bellerby at Site Safe’s annual Health, Safety and Wellbeing awards on November 6, Burt put down a challenge to the sector.

“Personally I believe that ‘tough’ is being there for your mates when they need you; ‘tough’ is asking the right questions when you know something’s not quite right; and ‘tough’ is trusting your gut and acting on it.”

The owner of the electrical contracting firm Team Cabling, Burt personally knows how depression can hit and how hard it is to keep up the front of being ‘normal’ when feeling the opposite on the inside.

He documented his fall into depression and emergence from it in his book Lengthening the Shadow.

It led him to make some big changes in how he approaches life, and how he deals with the people he works with.

Like the other two Mental Health and Wellbeing Award winners, Switched On and Paul Lynch of FloorRight Installations, Burt, pictured, is committed to talking about mental health and opening up about the issues he’s had. 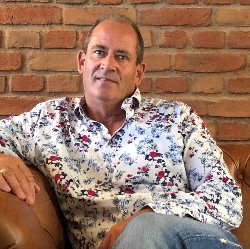 He uses the phrase “What’s happening in your world?” to break down some of the stoicism that can see people struggling under the challenges life throws.

The judges, in awarding the three-way tie for the Kalmar Mental Health and Wellbeing Award, said they couldn’t distinguish between the three finalists and the excellent work each has done in the area of mental health and wellbeing.

The judges were impressed by the 19 entries to this award category – the highest number of entries in a single category in its first year. They said it shows the industry is paying attention and doing important work to address this hugely important issue.

What the judges liked about Burt’s entry was it documented how his book led to interviews, presentations and critical connections within and beyond the construction industry.

“It’s not that blokes don’t want help and don’t want to be there for their mates, it’s just that they don’t know how,” Burt says.

And that is why there is the need for the industry to have a talk with itself.

He also thanked the people at Team Cabling for allowing him the time to work in the area of mental health and wellbeing “and helping to reduce the awful statistics in the industry I am passionate about”. 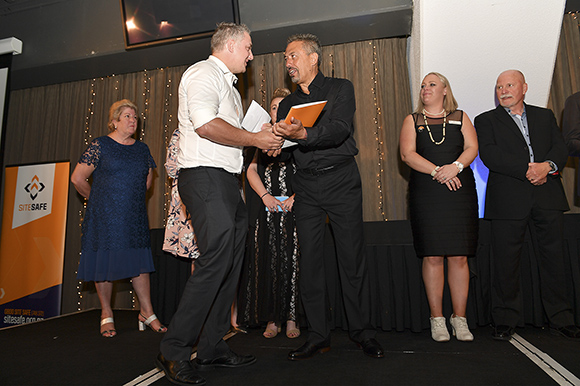 Steve Bellerby from Team Cabling receives the Kalmar Mental Health and Wellbeing Award on behalf of the company’s owner, Dave Burt, from guest speaker and mental health advocate Mike King at the Site Safe Evening of Celebration on November 6. At left is Sue Hughes from Switched on Group and at right is Kate Strawbridge of Site Safe and AJ Staples of Kalmar Construction.