The M2PP team won the AWF Group Safety Innovation Award (large business) category for 2014. This is their story on how the innovation drove a positive change in Workplace Health and Safety across the large site.

M2PP is a large civil project tasked with delivering 18km of four-lane expressway passing through Paraparaumu and Waikanae, including a new bridge over the Waikanae River. This project will take approximately four years and will improve safety, reduce congestion and provide more reliable journey times along the Kapiti Coast.

This highlighted the need for an innovative approach to deliver important health and safety messages and advice. The challenge was in the delivery; it needed to be engaging, cost effective and efficient to all on site. The goal was to ensure all workers were motivated to actively and enthusiastically participate in onsite health and safety. 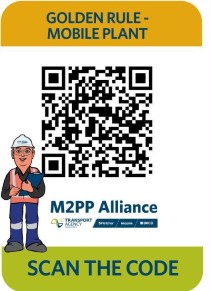 The project team began by researching a number of large infrastructure projects to see how health and safety messages were being communicated across various sites. Following this the team decided to use videos with cartoon versions of real onsite workers. Whilst video’s had been used before, using real people in animation would be a first, and workers will enjoy seeing cartoon versions of their fellow workers driving HSW.

The project team worked with local film makers and animators to come up with a trial video which was delivered to a few selected groups. The feedback from these groups was positive in that the message was delivered effectively. Subsequently more videos were made using a range of workers in the field. This added credibility to HSW messages as fellow workers were shown as advocates for HSW. Topics included ‘Safety Around Big Machines’, ‘Safe Site Access’ and ‘Working Safely with Ladders’.

The main challenge the project faced was ensuring easy access to videos across the site.  Stickers with QR codes linking to the videos were produced; help was readily available to download the QR code application to mobile devices. The project also provided low cost tablets and information screens in key locations across the site. The animations were available on the project intranet and You Tube which meant they could be used on a broader capacity, at team meetings or briefings and for training and inductions. 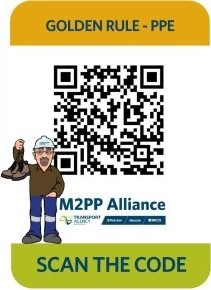 The workers are engaged

Using real workers animated as cartoon characters has reduced the issue of “poster blindness / staleness”. All locations and people are recognisable and relevant to the audience, which develops an HSW culture. Tim Barry commented the videos are “great conversation starters and lighten up what is sometimes dry subject matter”. Workers are engaged, and receive important and serious messages delivered in a fun and entertaining way.

No additional cost and better results

The animated video messaging is no more expensive than producing traditional large posters and visual collateral, but the benefits are far reaching. In addition the introduction of low cost tablets provides a very cost effective way of engaging the workforce in HSW messaging. With each new video produced, the production time and costs reduce as a collection is built up of backgrounds, characters and other material that can be used in subsequent productions. 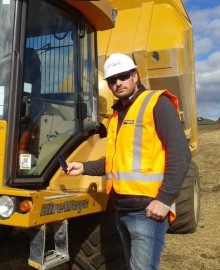 toolbox talks, allowing people in the field to easily provide expert advice without a HSW team member there. The videos are also being used at inductions and training sessions, and sub-contractors are able to access videos through You Tube so they can brief their teams before coming onto site.

The results can be measured

By the end of the project, the HSW team will know how many times a message has been viewed. This is a distinct advantage over traditional print media.

Overall this initiative has proven to be a success. Workers on site are actively engaging with HSW messaging, and together building a positive HSW culture. This in turn will reduce injuries on site, increase productivity, and ensure legal HSW responsibilities are met.

For more information on our awards visit our Health and Safety Awards page.

"Employees have benefitted at all levels of the project. Our employees, work teams and contractors are able to access the information in the field, which allows supervisors and superintendents to quickly reinforce requirements or expectations to crews at any time, for example at toolbox talks.