Bryce Dunlop and the team at Dunlop Builders were awarded the Mental Health and Wellbeing Award at the 2021 Site Safe Health, Safety and Wellbeing Awards. It is a recognition of the significant investments the company is making to the overall wellbeing of its staff and advocacy of mental wellbeing within the construction industry. 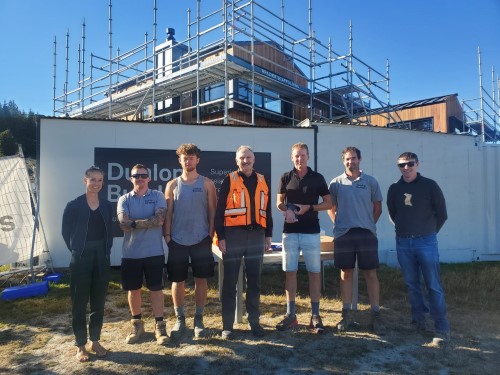 The Dunlop Builder's team being awarded their Mental Health and Wellbeing Award.

Bryce Dunlop was 17 when he began his journey as a carpenter in the early 1990s.

Besides working on the family farm in Nelson as a teenager and a stint as a ski instructor on the Austrian slopes "to fund the snowboarding habit," - building is all Bryce has ever known.

Now 47, he is set to celebrate the 20th anniversary of starting his construction firm Dunlop Builders in picturesque Wānaka.

The father of two came to the popular Otago town to snowboard in 2002 but soon "fell in love with the place" and set up his business the following year.

Initially, Bryce operated as a "one-man-band", regularly working weekends, but the company developed and grew. Bryce has been "off the tools" for about six years and is currently the managing director of a team of 26.

But it was‎ not an easy path to get to where he is today. There were many difficulties joining the industry during the 1990s.

He said there were particular issues with the lack of support and open communication.

"In the 90s, we never talked. It was such a different dynamic.

"I think as New Zealanders, we're pretty closed book anyway, particularly back in my generation, and that's why we've got issues. It's different now, but none of the doors were open back then, so it was pretty hard going as an apprentice - you got treated like s*** basically until you had a bit of respect.

"I couldn't talk to my boss about how I was feeling - let's put it that way."

Bryce draws from his journey as a young apprentice to starting his firm as a way to push for improvements in mental health and wellbeing within the construction industry.

He's also established numerous leaders across his team who champion creating a work environment that is open, supportive and focused on keeping each other mentally strong.

That's why Dunlop Builders was awarded the Mental Health and Wellbeing Award at the 2021 Site Safe Health, Safety and Wellbeing Awards. The award is a recognition of the company's investments in the overall wellbeing of its staff and advocacy of mental wellbeing within the construction industry.

Bryce and management work to create a flexible work environment, where overtime and weekend work is discouraged, while social events outside work usually revolve around a sporting or physical activity.

"We just don't work weekends. Personally, I won't have a bar of it. I just don't agree with it because I used to work weekends when I first got set up. That's all I did, and it's not sustainable and especially if you have a young family."

Annual golf and cricket matches and a ski trip to Ōhau Lodge are highly anticipated events on the company calendar. Sport is a big part of Bryce's life, so it underpins how he manages his staff's work-life balance and keeps morale and mental wellbeing high.

"It's a different platform you talk about different things when you're not on a building site, so you're disconnecting in a different manner, and all of that sort of stuff goes hand in hand with having good relationships with your workmates being able to have easy conversations and comfortable conversations because you get to know each other on more of a personal level rather than at a professional level.

"You see other sides of people, what they like and don't like, and you just don't get that exposure to each other in a workplace, and that's why we promote it so much and do a lot of outside of work activities, and we're pretty fortunate because we've got a great group and we do enjoy each other's company."

He said it was also a way to counter the culture within the construction industry that social times should largely be focused on going to the pub or having beers after work.

"We want to break that to social time is going for a group mountain bike ride, doing some training together [or] going for a round of golf.

"It's really trying to give people the opportunity to do something outside of work that is a challenge, it brings you together, and it's helping as well."

The company emphasises looking out for your workmates, Bryce said.

There are also leaders in the team, such as Glen Thurston, who has been on a "lifetime journey battling mental health".

Glen is among those who are starting a conversation about mental health to break the cycle of stigma and shame around asking for help that often permeates the construction industry.

He said working on the mental health of the workforce was training based and was about giving staff the "tools to recognise someone that is struggling and being able to do something about it".

"He talks from experience directly in group environments about his journey and how important it is to make sure that we talk to each other. He's a massive advocate and a great person to talk to and set some really good themes within our organisation to [ensure] open dialogue."

In December, Glen will climb Wanaka's Corner Stone peak - a place he would frequent when he was in a "dark place" - for 53 consecutive days.

He's encouraging others in the construction industry to sign up and join him each day.

"That is because, on average, 53 people commit suicide in construction every year, and construction has the highest suicide rates out of any industry in New Zealand," Bryce said.

"There's no benefit for him except he wants to raise awareness around mental health and the perception about not speaking up about mental health, and as New Zealand males, we're shockers for it."

Bryce said the company's goal was to create a strong support network and have good mentors in place for apprentices.

"As a co-owner and a leader in Dunlop Builders, it's really important for the future of construction, especially with some of the statistics around mental health and suicide in the construction industry, that we pave the way for young people so they can get into roles in 20 years like my role."

He hoped this would ensure there are "positive changes" to create a "healthy construction industry".

"They'll be running sites and [be in] more leadership roles after the apprenticeship, and that's when you really get some good positive change."

Bryce said that receiving the Mental Health and Wellbeing award was a "special moment" for the team.

"Twenty years ago, I wasn't thinking that [we would] be in this position where you can make a [really] big difference for people, and it's pretty special to be able to have the ability to do that and make a positive impact on people's lives as well."

Bryce said it was "great" to be recognised for their hard work, and the company would continue to push to improve the industry's mental health.

He hoped their example would encourage others to do the same.

"Hopefully, by having these awards and getting recognition for the work that [we] do encourages others to follow that same suit to be able to make a better workplace environment for their staff.

"That's when we'll start to get some real momentum behind normalising these conversations that we have around mental health and the health of our staff. That's not [just] cutting yourself with a skill saw; it's what's going on in your head [that] is equally as important."

"As a co-owner and a leader in Dunlop Builders, it's really important for the future of construction, especially with some of the statistics around mental health and suicide in the construction industry, that we pave the way for young people so they can get into roles in 20 years like my role." 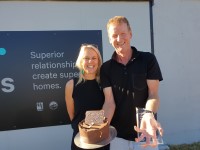 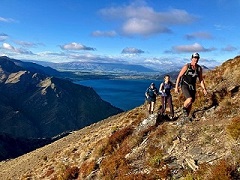