Congratulations to the team at Fulton Hogan HEB Joint Venture for taking out the Safety Innovation Award for large organisations at the 2017 Site Safe Construction Health and Safety Awards.

Challenging the way things have always been done has eliminated a serious on-site hazard for Fulton Hogan HEB Joint Venture. We speak to Construction Manager Tony Adams about how a simple idea has industry-wide potential.

The Huntly section of the Waikato Expressway is a massive $320 million project, with as many as 250 people on site at any one time. As part of this project, Fulton Hogan HEB Joint Venture team is laying 36 culverts and 10km of network drainage. Over 1000 pipes are needed for the job, with each pipe weighing between 763kg to 8670kg. Delivered to site on Hiab trucks, standard practice would usually be for the driver to climb onto the truck deck and then onto a ladder to attach chains to the pipes, so they can be lifted off the truck. This method, which has been the accepted technique for decades, poses a serious risk as the person attaching the chains is working at height and can easily fall, hitting either the deck or the ground below.

“This has been an issue for a long, long time and I’ve seen some pretty serious injuries in the past on other projects where people have got concussions or broken arms falling from truck decks,” Tony says.

“Rather than ignoring the problem and waiting for an accident to happen, we tried to come up with a solution. We saw another contractor using forklifts to unload at another site, and I thought ‘we can do better than that, let’s see what we can come up with’.

“For us the aim was to take pride in what we do and make sure that every job on site can be done safely. There’s nothing worse than getting a phone call that something has gone wrong, and all the heartache that involves.”

The first step was designing a fall restraint system for the truck deck. The team designed aluminium stanchions which can be fitted to the deck. Webbing is then fitted through loops on the sides of the stanchions, acting as a restraint system, as well as a clear visual barrier defining the edges of the truck.

After working on the restraint system, one of the team’s engineers decided to take the idea to the next level, based on the simple premise that ‘you can’t fall if you’re not on deck’.

This led to the creation of the pipe lifting beam, a 2.6m steel beam that can be inserted inside the pipe by the driver at ground level. The lifting beam is then suspended above ground and rolls along the invert until it is completely horizontal inside the pipe. The free Hiab lifting chain is then attached to the second shackle on the lifting beam. The beam can then be lifted until it reaches the soffit level of the concrete pipe. The full weight of pipe is then distributed evenly along the steel beam and it can be safely lifted above the deck, slewed to the drop off location and released gently to the ground. This means there is no need for the driver to climb onto the deck or onto a ladder.

Certified by a registered engineer for safe working loads of up to six tonnes, the steel lifting beam is regularly inspected to ensure it has no defects or cracks.

As the site spans more than 15km, the beam needed to be easily transportable, so the team also built a custom-made trailer so that it could be moved quickly around the site.

Tony says the innovative system has been readily adopted by Hiab drivers and the crew on site, who were quick to grasp its benefits once they saw it in action.

“Because it was simple and easy-to-use the operators got pretty keen on it. Now it’s become standard practice to use it.”

Safety innovations such as the beam have helped contribute to the project’s low rate of injuries, Tony says.

“This has been an issue for the last 50 years. The old method was accepted by the industry simply because no one had thought of a better way. But attitudes to safety are changing now and we need to focus more on eliminating risks from the outset.”

Eliminating serious hazards was possible, if, like the lifting beam, the solution was easy-to-use and accessible, Tony says.

“While this system was designed for a specific project, it could easily be rolled out to the rest of the industry. We believe other businesses can also benefit from this innovation and hope to see it used on other sites soon.”

“In our industry we need to be doing everything we can to keep people safe. Everyone should be able to do their job without injury and go home safe at the end of the day.”

"There’s nothing worse than getting a phone call that something has gone wrong, and all the heartache that involves." 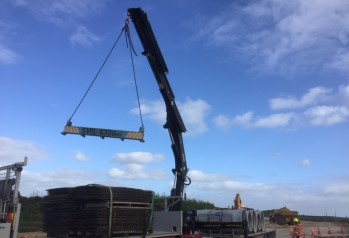 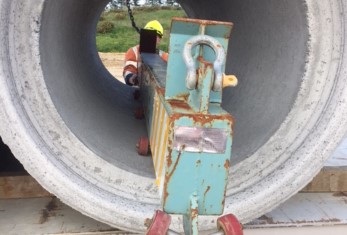 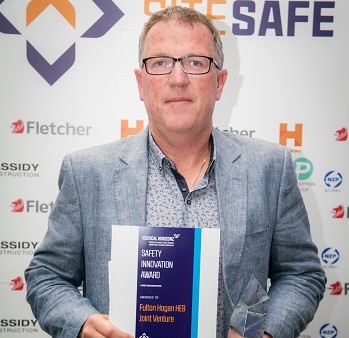